Recently I have read two novels written by Khaled Hosseini, a famous Afghan author living in USA. ‘Kite Runner’ is the first book of the Author, which was published in 2003. It was a New York Times bestseller and sold more than 20 million copies worldwide. ‘A Thousand Splendid Suns’, published in 2007, is the second book and a New York Times bestseller also. Both the books are historical fictions with long time frame and they depict the changes of people’s life with the historical changes taken place in the country.

Though ‘Kite Runner’ is the most famous book of the author, to me, ‘A Thousand Splendid Suns’ is the best-written and historically best-depicted. Life, death, love, abhorrence, war, consequences – all are vividly depicted in the 2nd book. Unlike The Kite Runner it contains less dramatic events. It seems to me that if the author wrote the latter first, then that would be more popular than ‘Kite Runner’. There are some other differences between them also; first one is characterized by male dominated characters and the latter is about the changes of life of females with the change of country’s political as well as social milieu.

Kite Runner is a book about father-son and friend-friend relationship. Amir, the narrator of the story, and Hasan, a Hazara boy, are friends who were breastfed by the same mother. Amir is from a rich Sunni Pashtun family and Hasan is son of a family servant named Ali at Amir’s home. They have another relation between them, which I do not want to disclose here so that you could find it out reading the book. Though they are friends they have some distances between them, which are deliberately kept by Amir for not being a son of a rich Sunni family but for a critical reason that developed in Amir by observing Amir’s father had similar sort of love and affection towards Hasan, and these distances, which suffered Amir throughout the life or throughout the fiction, are the major bases of the novel.

Flying kites was something like a festival in Kabul. And it was very prestigious or matter of being proud to catch the last drifted kite cut by the winner kite. After Talibans took over power of Kabul as well as Afghanistan by defeating Mujahideen, kite fighting was banned. Hasan, the Hazara Shia boy, was the best kite runner of Wazir Akbar Khan area and may be of the whole Kabul city. With the advent of Talibans in Kabul, everything changed; Hasan’s life too.

I will not write the detailed storyline. It may waste your valuable time. I will give little descriptions about the book ‘A Thousand Splendid Suns’. It has a different storyline with more longer time frame. It is a story about sufferings of Afghan women with the changes of politics and rise of fundamentalism, and finally lives of women under Shariah law. It is very common that if the society becomes more conservative, sufferings of women will must increase because conservative society promotes men domination. The writer has described the sufferings of women with two characters named Laila and Mariam, who shared the same husband.

It was the war that brought them together and it was the fight for survival that made them love each other even being wives of the same husband. In both the novels we could find one common thing – when Talibans arrived in Kabul all walks of People welcomed them. There were fireworks celebrating their winning over Mujahideen. People were tired of fights among different Groups of Mujahideen; they were tired of guns, Kalashnikovs, rockets, deaths, everything. They thought, after so many years of war, there might be peace now. The peace, which were long gone since Zahir Shah, the last king of Afghanistan, was overthrown by his cousin Doud Khan. They have experienced invasion of Russian soldiers and killing of people in the name of communism, fights between Mujahideen and Russian soldiers and the fights among mujahideen groups. It was just like the proverb, ‘A drowning man will catch at a straw’.

Soon after the arrival of Talibans in Kabul, everything was going to change. Females were banned from going outside without covering themselves in burka; television and music were banned; all the females were banned from any type of services; female education was banned over all. Even the female doctors needed to wear burka during medical operations. The Kabul Stadium, once famous for different types of sports events, was used for implenting Shariah, i.e., for beheading people, cutting hands, stonning people to death, etc. The dream of Afghan people were gone and they were experiencing return of the religion-dominated barbaric life of a thousand years ago.

One more point is important here to discuss the context with Bangladesh. When the people of Afghanistan were fighting against Russian soldiers, the Mujahideen groups used religion, i.e. Islam, to encourage the people to fight.The war was termed as holy Jihad against infidels and those who died in the war were given ‘martyr’ status. It is observed that the common people were becoming more and more religious minded and parents would feel proud if their sons went for fighting. Even amidst the grief for losing their sons they would feel proud. As is it described in the 2nd book – during fightings among mujahideen groups, Laila’s mother was thinking that the war would stop soon, because the sacrifices of her two martyred jihadi sons could not go in vain. But what made her to stop thinking was death – a rocket launched by mujahideen, for whom she prayed everyday to Allah to make her sons’ dream come true.

Though the political situation of Aghanistan in 70’s, 80’s or 90’s and that of present Bangladesh are not exactly same, mentality of the majority Muslims are more or less similar. In Bangladesh, reiligion is being used in politics by all the political parties; standard of education is decreasing day by day; Islamic education is increasing in an alarming pace. In a Pewforum Research it was revealed that 82% Muslims want Sharia Law in the country. But they have no experience of Sharia at all. People of Afghanistan know what Sharia is! Because they have suffered.

Bangladesh has limited natural resources and the present economy is based on the export of ready-made garments and knit wears, which are fully dependent on cheap female workers. All the sectors have females; female workers, female officers, female teachers, female nurses, female doctors, etc. Ok, the majority Muslims may get rid of their female Prime Minister, but will the Bengali people be able to live without listening to Music? I think they may, because those who want Sharia in Bangladesh, are not Bengali at all. They are bearing Arab-mentality and they should be allowed to go and settle where they feel comfortable. Please do not let them make Bangladesh an Arab land. 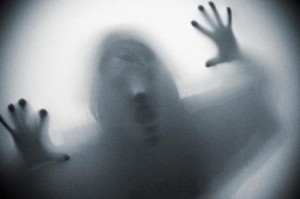 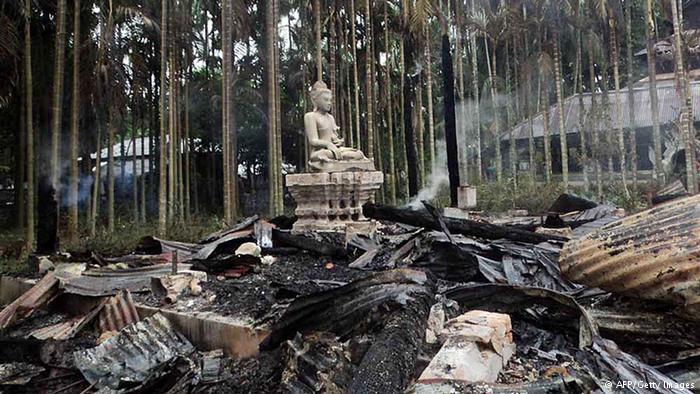